“Change quotients” prompted one particular thought – since I’m usually the person recommending a change, I tend to be more sensitive to lower quotients than mine. Yet, I do recall one organization which had an intrinsic change quotient which apparently exceeded mine – they reorganized every two weeks, more or less. 🙂

Your remark on how change quotient relates to system size suggests that there must be some absolutes – a reorg every two weeks may be too much for a 40-people company trying to stabilize its software processes. 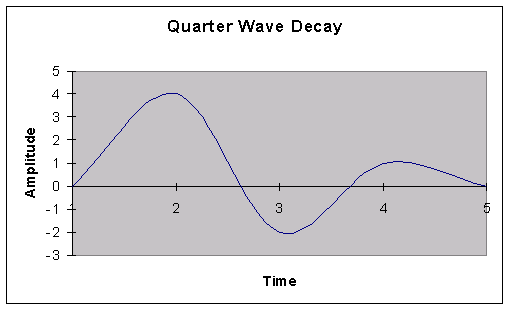 After a foreign element the system returns to its previous output. The output varies but gets closer to and eventually achieves the desired value. (Control theory buffs will recognize this as a quarter-wave decay response to a step change in the input. I should note other desirable responses exist to step change inputs including critically damped, absolute integrated error and others.)

Now what happens when the system experiences another foreign element, say at t = 4? We’ll use the same “step change” for the input. The resulting output graph looks like: 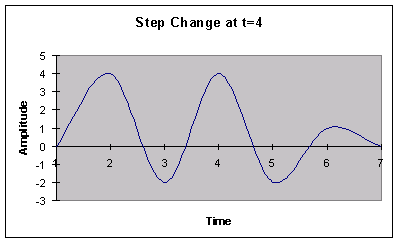 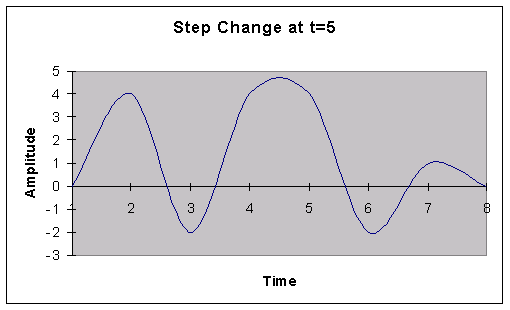 I “lifted” this graph from my colleague Steve Smith’s article The Satir Change Model.

Will reorganizing every two weeks lead to stable software processes? What conditions would enable this to happen? When should we schedule the next change?